Tonight I will be presenting a lecture tonight "Lincoln and Spiritualism" at the monthly meeting of the San Diego Ghost and Paranormal Group (SDGAP) at 6:30 at Anna's Family Restaurant located at 8099 Broadway, Lemon Grove, CA.  Price is $1.00.  For more information visit:  http://www.meetup.com/San-Diego-Ghosts/events/153006092/?a=cr1_grp&rv=cr1

See you there!
Posted by Michelle Hamilton at 11:52 AM No comments: 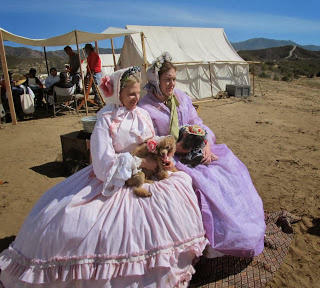 Filming Too Cute! in Temecula, CA May 2013.
Posted by Michelle Hamilton at 8:18 PM No comments: