In honor of the 149th anniversary of Abraham Lincoln's death, here are photos of me placing flowers at Lincoln's tomb in October 2012. 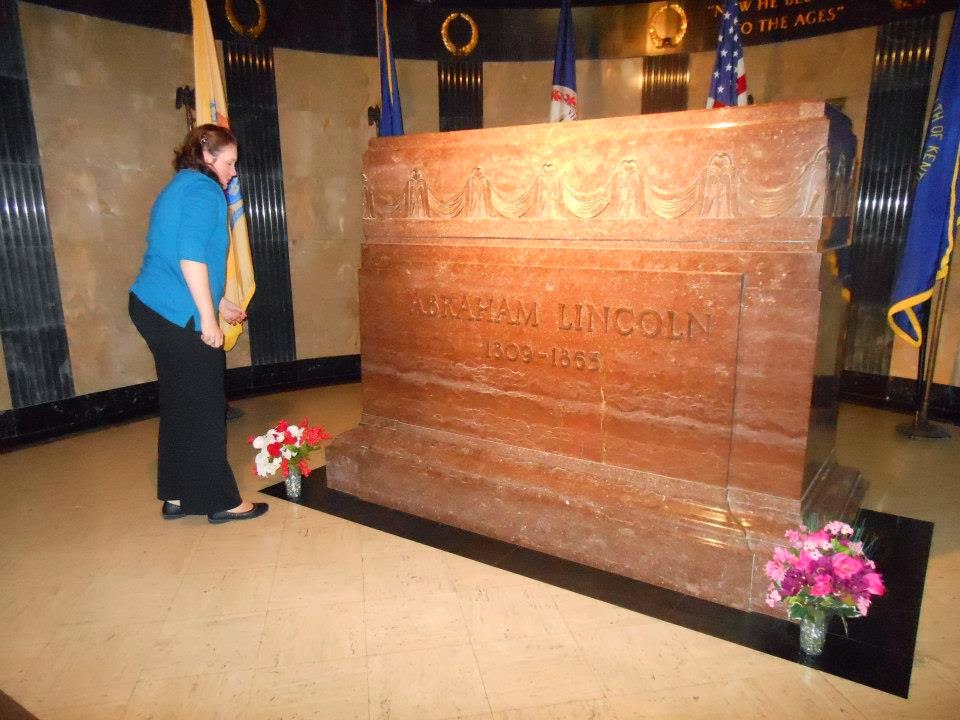 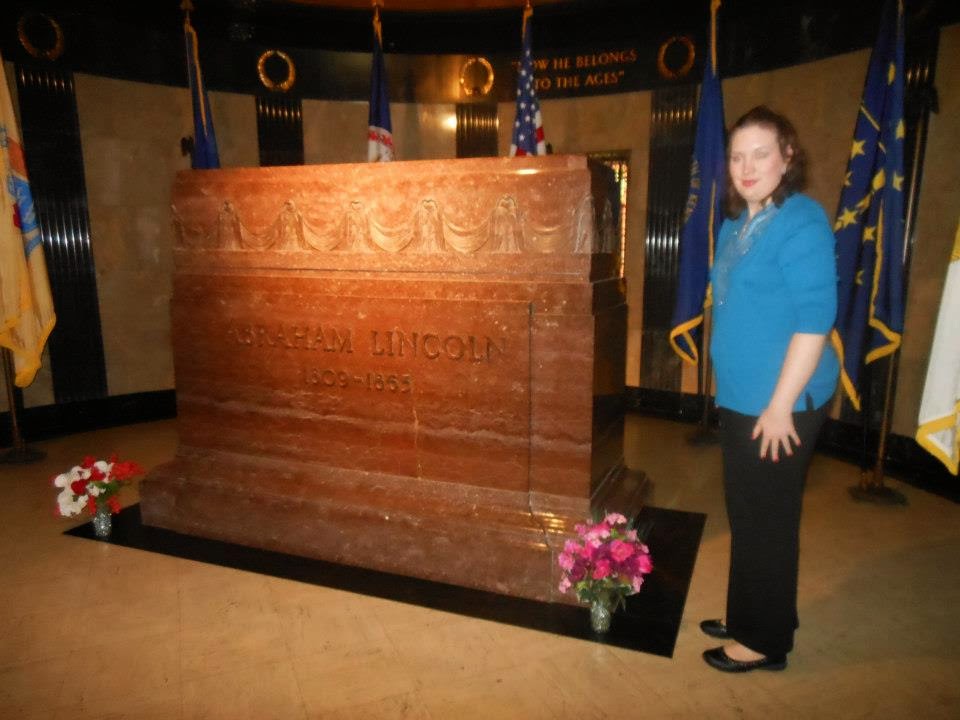 Posted by Michelle Hamilton at 11:45 AM No comments:


Dr. Mathew W. Lively provides a detailed analysis of the death of Confederate General Thomas "Stonewall" Jackson in his excellent study Calamity at Chancellorsville: The Wounding and Death of Confederate General Stonewall Jackson.  Beginning with Jackson's reunion with his wife Mary Anna and his infant daughter Julia, Lively brings Jackson to life in a new way for me.  Personally, Stonewall Jackson had never inspired much interest besides his famous eccentricities and his deep Christian faith as shown in the 2003 film "Gods and Generals."  Under Lively's skillful hands, Stonewall Jackson emerged as a loving husband and father who spent the days before his wounding bonding with his baby.

This sweet moment of domestic tranquility is sadly brought to an end by the cruelty of war.  The Battle of Chancellorsville would go down as Stonewall Jackson's greatest moment, but the glory only lasted a few hours when the general was wounded in a friendly fire incident.  Lively does an excellent job describing the events of the battle and Jackson's wounding.  Lively takes the reader through all the conflicting accounts of Jackson's wounding and patiently lays out the evidence that supports his interpretation of events.  Of particular note was the argument over where the wounding actually took place and the debate over how many times Jackson actually fell from the stretcher.  Dr. Lively, a medical doctor, then details Jackson's wounds and the medical treatment that the General received.  It is this part of the book that Dr. Lively really showcases his skills--the doctor clearly and in lay person terms explained the nature of Jackson's wounds and the forms of treatment available in 1863.  Following his wounding, Jackson was moved to Guiney Station where he rested in an outbuilding on Fairfield plantation.  At first it appeared that Jackson was recovering, but within days of his arrival at Fairfield Jackson began to show signs of pneumonia.  Despite the efforts of his medical team, Stonewall Jackson died on Sunday, May 10, 1863.

Dr. Lively's account is the most detailed examination of Jackson's wounding, illness, and death in print.  The author spent several years researching and writing this book and the results testify to his commitment to the subject.  The author's depiction of Stonewall's death is particularly touching, and regardless on what one thinks about the cause Jackson fought for--his deep Christian faith and the dignity in which he faced his death are indeed admirable.  An almost minute-by-minute account, Calamity at Chancellorsville is a gripping read.

Also of particular interest is Chris Mackowski and Kristopher D. White's The Last Days of Stonewall Jackson: The Mortal Wounding of the Confederacy's Greatest Icon part of Savas Beatie's engaging "Emerging Civil War Series."  While as not as in-depth as Dr. Lively's book, Mackowski and White's study is still an engaging read and deserves a place on the shelf of every reader fascinated by the Civil War.  Of particular note is the differing interpretations of the number of times Jackson fell from his stretcher--clearly the debate is still being waged.  Where The Last Days of Stonewall stood out for me was the covering of the history of Fairfield Plantation and the Chandler family which called the place home.  The appendices at the end are of particular note with thoughtful essays on Jackson's legacy and the history of the markers commemorating Jackson's wounding and amputated arm. 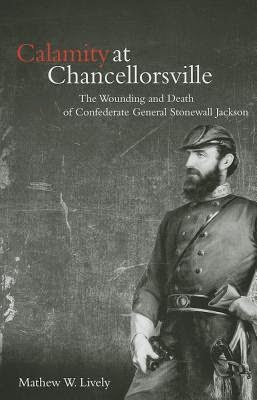 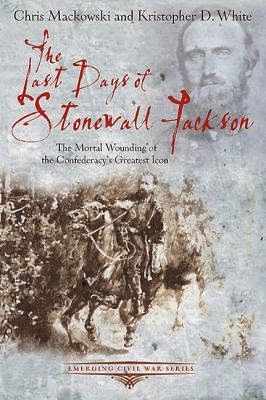 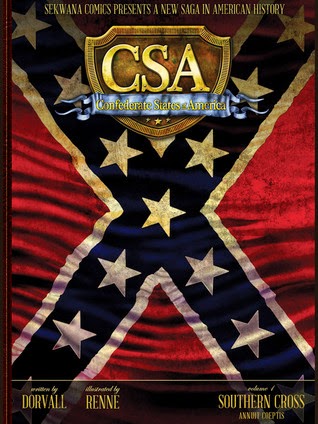 Received an ARC through Goodreads Firstreads.July 2, 1863. General Longstreet convinces General Lee to flank the Union Army, preventing the disastrous Pickett's charge and changing the outcome of the Battle of Gettysburg. With the Confederate victory, the North is thrown in chaos and congress hands power over to General McClellan and President Lincoln is banished to Chicago, IL. In the West, General Grant continues the fight against the South, despite McClellan's peace agreement with the Confederacy. Back in Gettysburg a group of UCCT soldiers are being held as POWs and are facing the frightening possibility of being returned to slavery. The realization that Northern blacks captured by the Confederacy are being sent into slavery makes a Southern captain question his commitment to the cause At the same time a French born Union lieutenant is battling the Confederates in the Pennsylvania countryside. In New York City a fiery Republican senator and his daughter rally the faithful against the South and McClellan. This is the premise of Dorvall's alternative history graphic novel Southern Cross: Annuit Coeptis part one of the seven volume CSA Confederate State of America series. Dorvall skillfully employs a cast of real and fictional characters in this very dark version of the Civil War. Renne's illustrations are stark and at times graphic, which perfectly matches Dorvall's dialogue. This is a chilling portrait of a country on the precipice of destruction. Highly recommended for fans of alternation/speculative fiction, I am eagerly awaiting for the next installment.
Posted by Michelle Hamilton at 7:36 PM No comments: