Book Review: The Marriage Game: A Novel of Elizabeth I by Alison Weir

Though I try to keep this blog focused strictly on topics related to the American Civil War, I had to post my thoughts on this wonderful novel here.  I have had a fascination with Queen Elizabeth I and the Tudor period since I was a preteen.  Fueling my interest has been the wonderful books of historian Alison Weir who has written several acclaimed books of the Tudors and is now turning her talents into writing historical fiction. 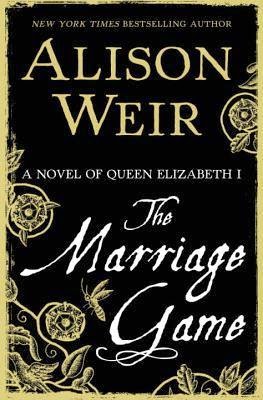 The best novel about Queen Elizabeth I since Margaret George's "Elizabeth I," Alison Weir's The Marriage Game: A Novel of Elizabeth I transports the reader back to the tumultuous days of Elizabeth's reign when her hand in marriage was the biggest diplomatic bargaining chip in Europe. But there is major problem--the queen has no desire to marry. Haunted by her childhood in the court of her father King Henry VIII, Elizabeth swears that there will only be one mistress and no master in her reign. Hemmed in by cultural expectations that women, particular queens, must marry, Elizabeth will skillfully play "the marriage game" to the exasperation of her councilors.
Though Elizabeth has no desire to marry, she falls deeply in love with her childhood friend Robert Dudley. The love store of Elizabeth and Robert play out in the pages of Alison Weir's novel in all of its complex dimensions. While Elizabeth and Robert loved each other deeply, the couple also knew how to hurt each other deeply. As both wanted more from the other than they were willing to give.
This lush and gripping novel begins with Elizabeth's accession to the crown in 1558 to the defeat of the Spanish armada in 1588. Alison Weir is an acclaimed historian who has written extensively on the Tudors, and her knowledge on the period shines through every page. I was completely transported back to Elizabeth's court in all its glory and artifice.

Get the Marriage Game today on Amazon!

Visit Alison Weir website.
Posted by Michelle Hamilton at 11:10 AM